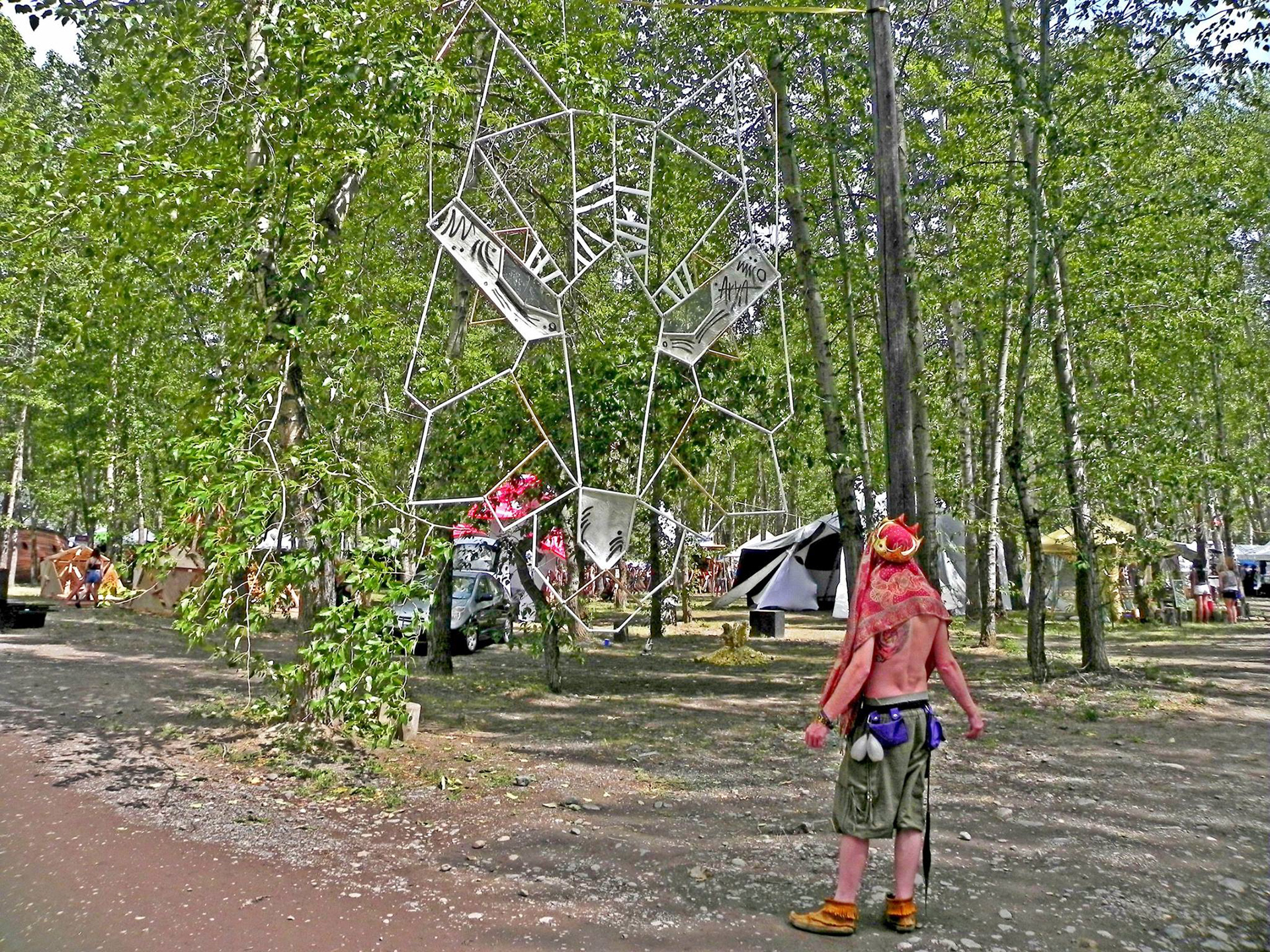 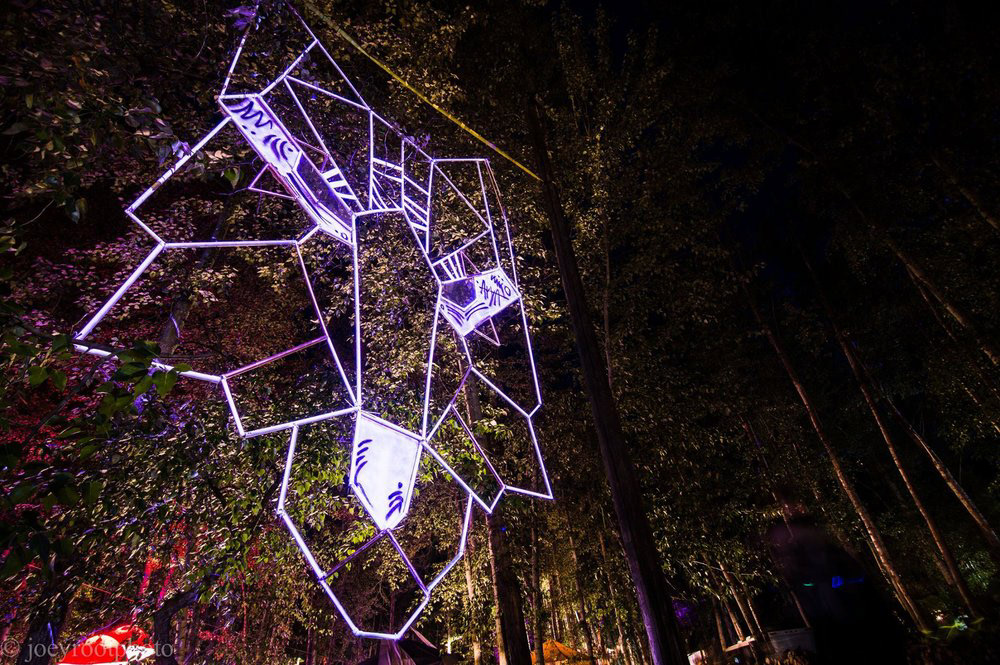 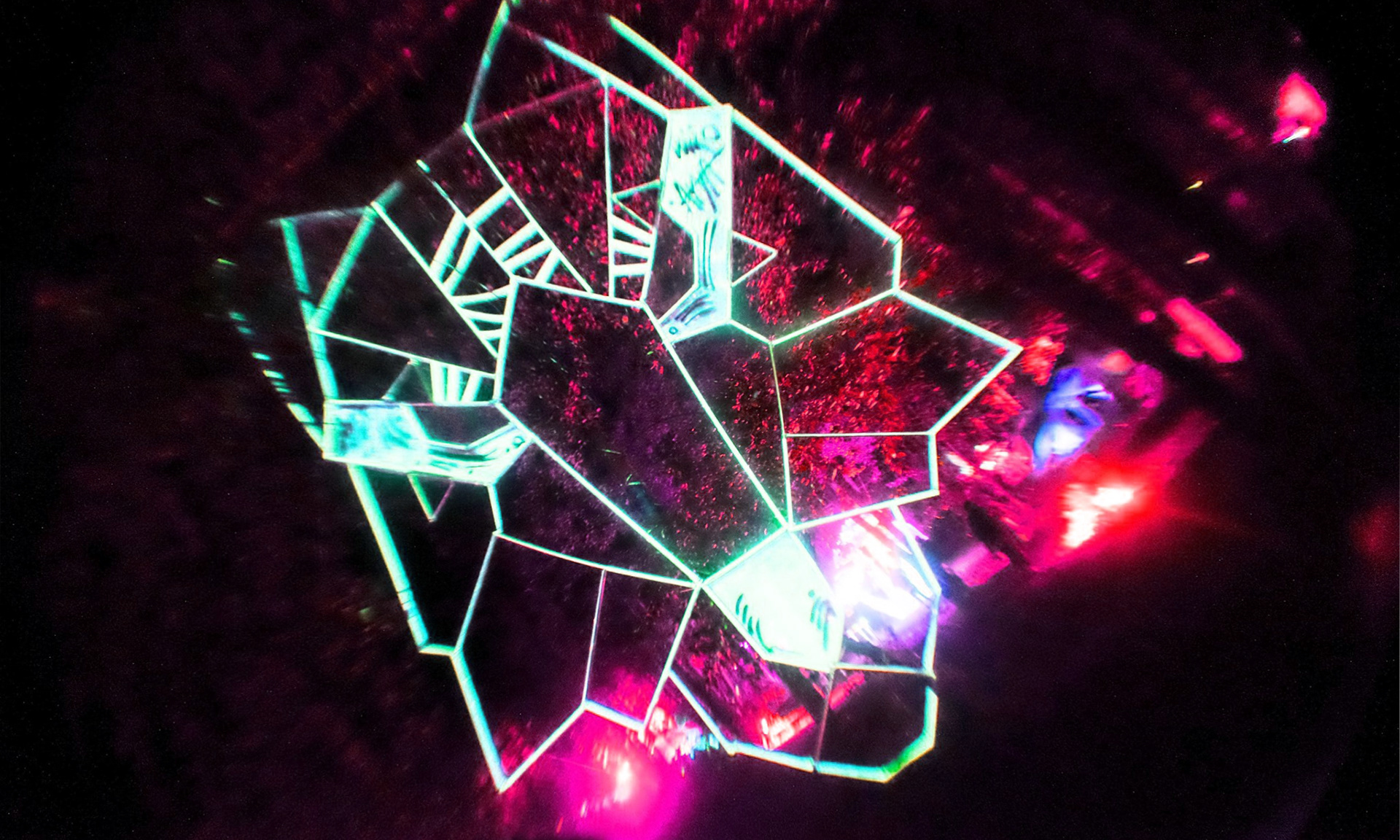 Constructed from recycle PVC piping, Howl was made for exhibition at Bass Coast Music & Arts Festival in Merritt, BC. At night, the sculpture would react to sound coming from a nearby concert stage, lit up with a projector installed in a tree. Textures flooded the forest floor at the base of the installation, becoming an area for people to hang out in underneath the projections. Over the course of the festival, onlookers would leave scarves, flowers, and at one point a golden, albeit plastic, skull, attached to the piping. 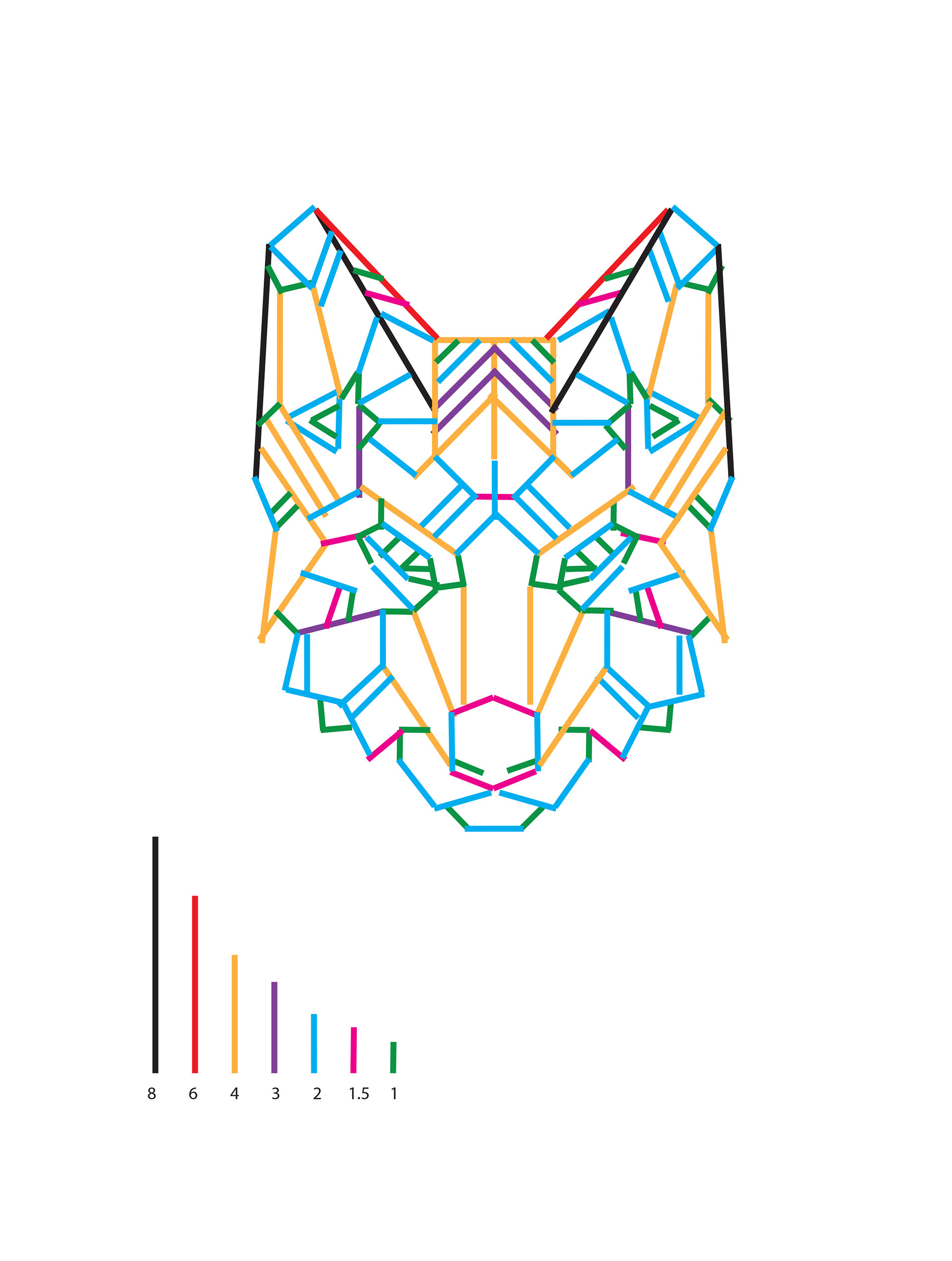 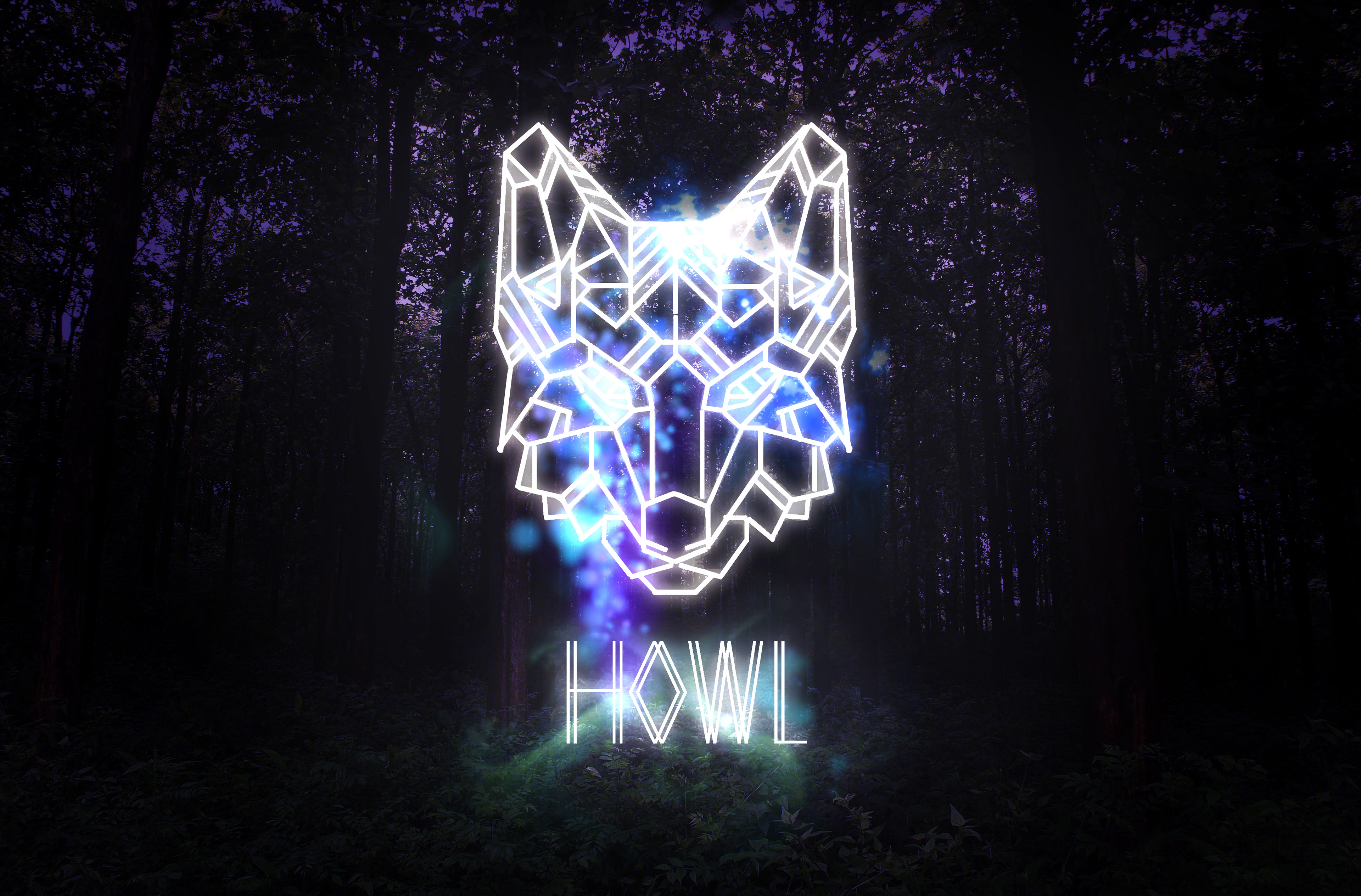 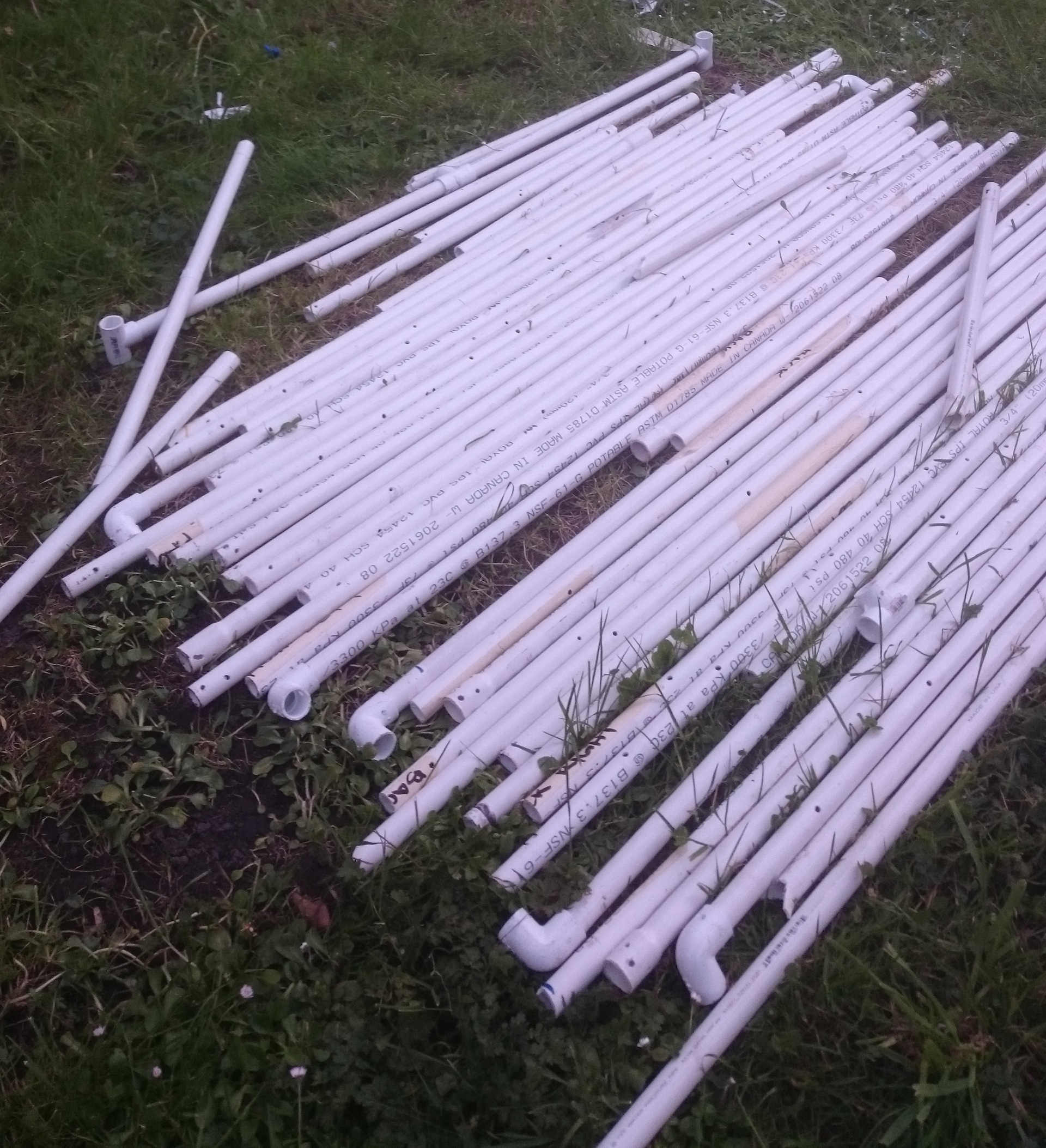 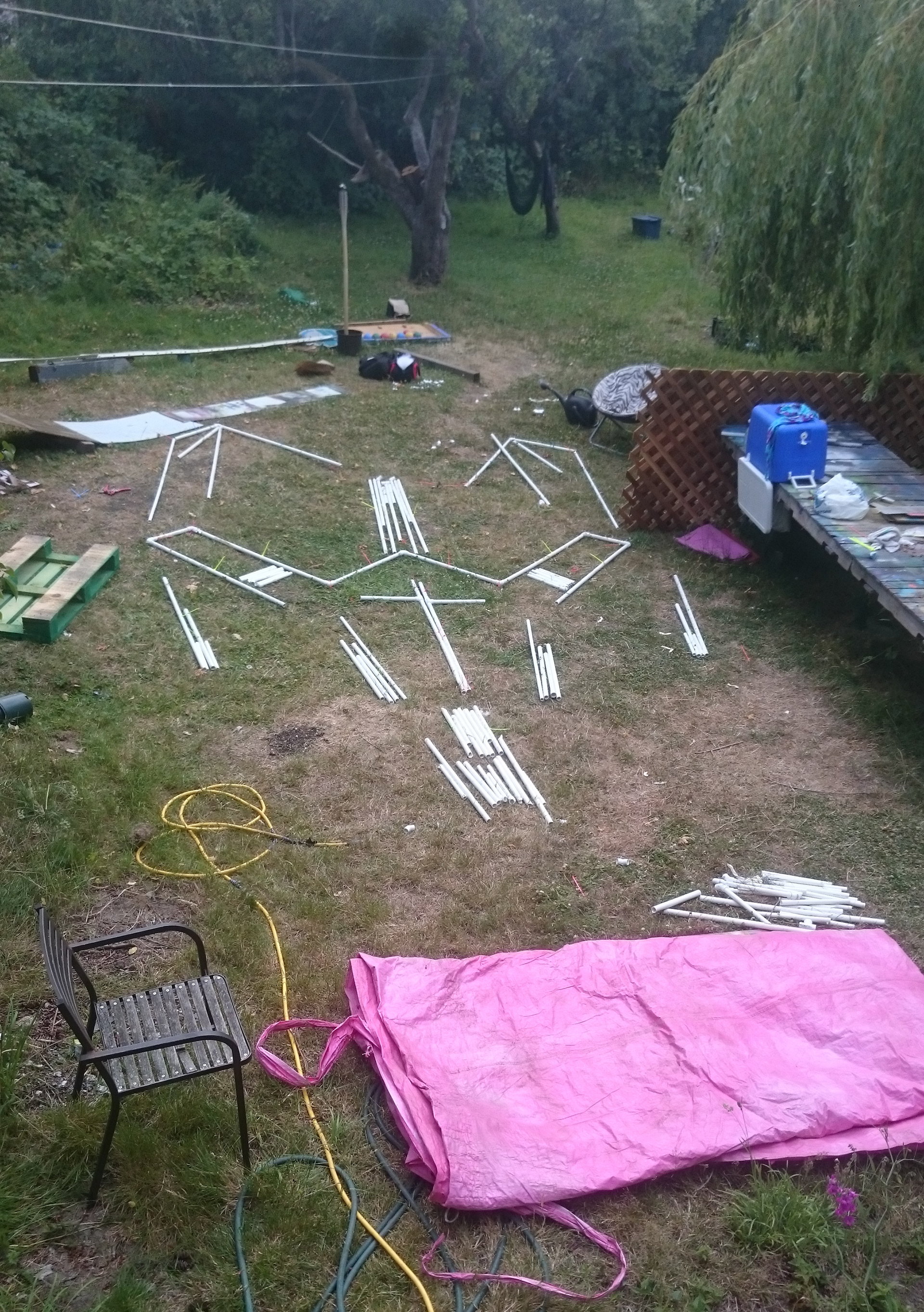 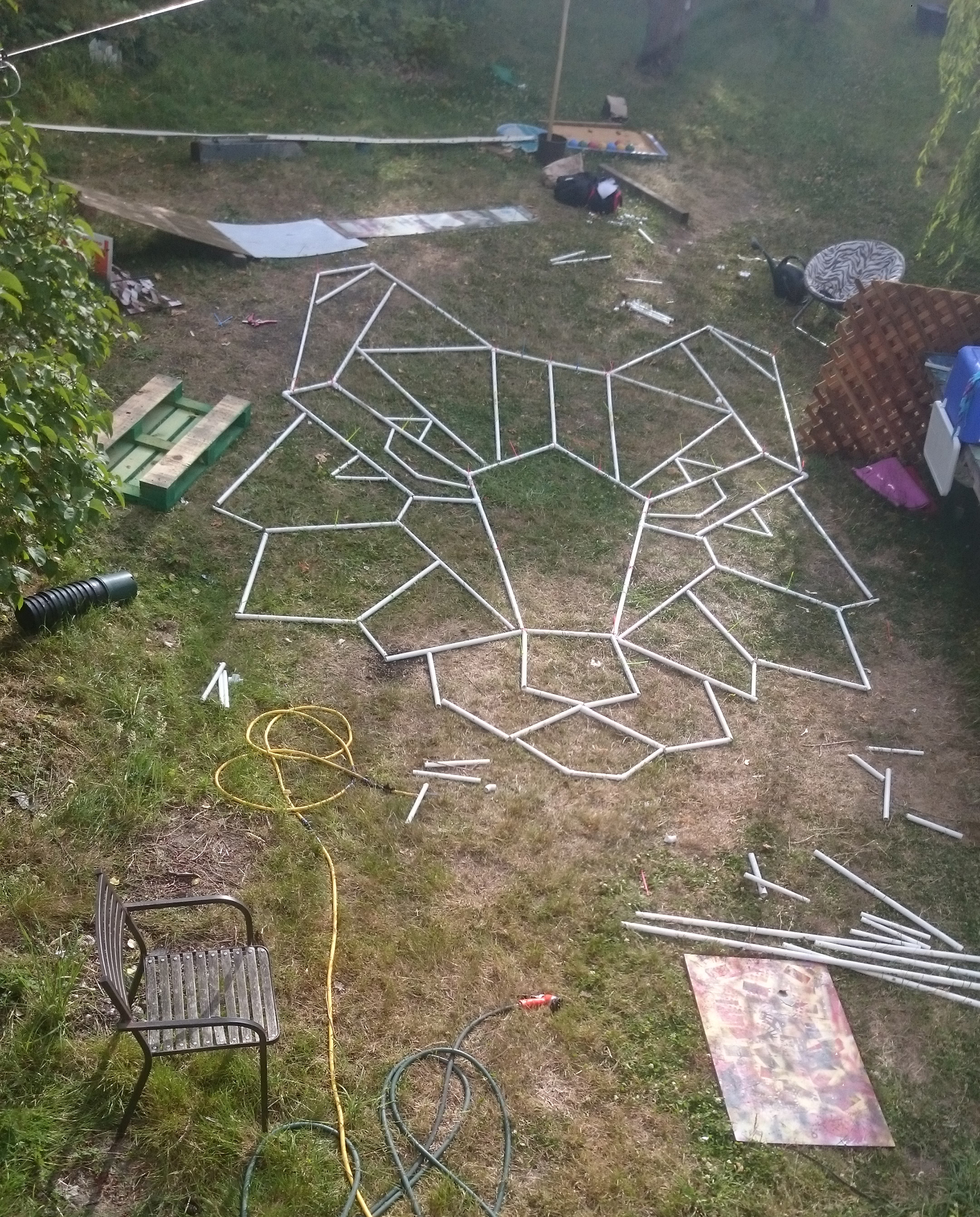